http://www.huffingtonpost.com/cynthia-boaz/the-burmese-elections-pro_b_628705.html
Posted by Kyi May at 5:23 PM

http://www.fpif.org/blog/burmas_junta_built_to_last
Posted by Kyi May at 4:48 PM

http://www.youtube.com/watch?v=E1NkJyxX5cY&feature=player_embedded
Posted by Kyi May at 6:26 AM

She has suffered enough and the world should be working to free her, instead of criticizing her.
Posted by Kyi May at 4:06 PM

http://www.youtube.com/watch?v=tQG1NO1yxjM
Posted by Kyi May at 7:07 AM

http://blog.bestamericanpoetry.com/the_best_american_poetry/2010/03/robert-hershon-presents-a-poem-by-sherman-alexie.html
Posted by Kyi May at 5:01 PM

Alzheimers, lit agents and Enid Blyton, the JK Rawling's of her day --

Renovation for $3000, no heat or plumbing

but lot's of romance.

Sean Turnell "The US is Angry" -- Francis Wade for DVB

http://www.grannyd.com/about-grannyd.html
Posted by Kyi May at 12:47 PM

Also Chanticleer Gardens where I was a long time ago.
Posted by Kyi May at 10:17 AM

Savage Undermining -- Democrats won't be part of sham election in Burma, by U Win Tin 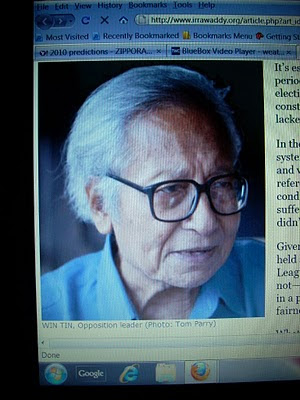 Many pro-democracy advocates inside and outside Burma paused recently to commemorate the 65th birthday of our leader, Aung San Suu Kyi. Many, too, will have been pondering the savage undermining of the democratic process that has occurred since she led the National League for Democracy to win the elections in 1990. Now, Burma’s main political opposition has decided to disband rather than be co-opted into a sham election.

Some of our supporters do not understand our decision. The first point of departure for people analysing the planned elections this year is the constitution under which it will be held. The 2008 basic law seeks to establish a range of encumbrances to the democratic process which make it impossible to see it as anything other than a clumsy attempt to dress rotten wood with the veneer of democracy.

Picture a fine piece of Burmese teak, smooth and presentable to the eye, but eaten away inside. The constitution ensures a 25 per cent quota for members of the military in any parliament. Further, it is seeking a way around this quota by fielding a disguised military political party in the election. So, at best, the military is offering three quarters of a democracy, or less, to the people of Burma. Also under the basic law, this election will not choose a government. It will select those who will fill the legislature and who will then select the government leaders.

The constitution is unclear how this process will work in detail, only that the envisaged presidential electoral college – the parliament
including the military – will decide on the new president. Assuming that a basic majority of the parliament would be required, then the 25 per
cent military representation ensures that much fewer than a majority of the elected members is required to name the leader, who will in turn fill
ministerial and other governmental posts by fiat. It is, in effect, a recipe for a rump parliament.

This sets the tone for the whole electoral process and ensures that participation by pro-democracy parties and individuals will lead nowhere in democratic terms. Other constitutional issues abound. Among them is the difficulty and unwieldy expense of registering and running a campaign.
As a party of democrats, founded on the highest principles of freedom and equality, the NLD cannot participate in a system that not only denies us our due rights – as the winners of the 1990 elections, for instance – but denies fellow Burmese political forces appropriate input to the political process.
Ultimately, the NLD is a social movement as much as a political party. Our goal is to maintain our political party and our social role despite the many overtures from the ruling military to be a party to its ruinous dictatorial regime.

U Win Tin is co-founder of the National League for Democracy and was imprisoned by the military for 19 years.
Posted by Kyi May at 8:51 AM

US mortgage and interest rates lowest since 1971

Rather sad how the brave and brilliant get crucified. 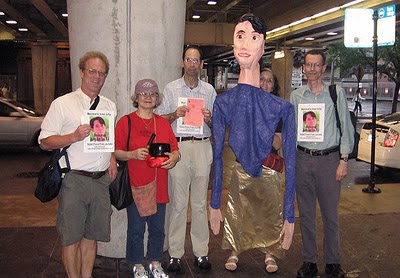 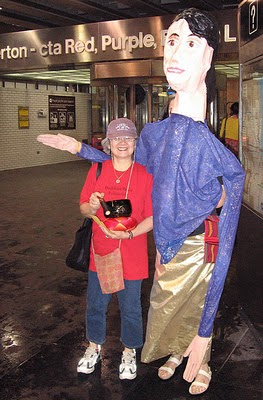 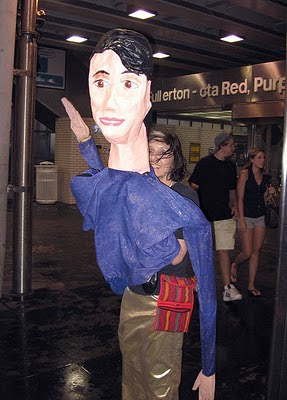 Remains of pilots who flew the Hump in World War II found in Myitkyina, will be reburied at Arlington National Cemetery

http://open.salon.com/blog/fusuna/2010/06/08/why_doesnt_buick_rhyme_with_quickremembering_my_father
Posted by Kyi May at 7:34 AM

http://www.poemhunter.com/poem/enigma-with-flower/
Posted by Kyi May at 6:06 PM

One Art by Elizabeth Bishop -

http://www.poemhunter.com/poem/the-fish/
Posted by Kyi May at 5:39 PM

http://internationalcampaignforfreedom.blogspot.com/2010/06/myanmars-military-ambitions-part-1.html
Posted by Kyi May at 2:48 PM

DC bookstore Politics and Prose up for sale --

http://www.washingtontimes.com/news/2010/jun/7/report-myanmar-trying-for-nuke/
Posted by Kyi May at 12:28 PM

https://www.poetspath.com/napalm/nhs10/index.html
Posted by Kyi May at 12:00 PM

http://internationalcampaignforfreedom.blogspot.com/
Posted by Kyi May at 11:07 AM

according to AP, Webb's visit would have coincided with that of Chinese premier.

http://www.google.com/hostednews/ap/article/ALeqM5gtK-SdwRWf4Gw5Om2FeG2vaMYKRwD9G3UOEG0
Posted by Kyi May at 10:39 AM

Third Indian-American in a row wins US national spelling bee --

http://news.yahoo.com/s/ap/us_spelling_bee
Posted by Kyi May at 9:55 AM