http://www.elvis.com.au/presley/jerry_weintraub_interview.shtml
Posted by Kyi May at 8:56 AM

http://news.yahoo.com/s/yblog_newsroom/20101021/us_yblog_newsroom/unsolved-mystery-anonymous-10000-donation-at-world-trade-center-site
Posted by Kyi May at 6:00 AM

What is noir fiction --

http://noirjournal.typepad.com/noir-journal/otto-penzler-on-noir.html
Posted by Kyi May at 7:45 AM

http://www.politics-prose.com/fiction/around-the-world
Posted by Kyi May at 1:34 PM

http://www.medieval.org/music/world/iran.html
Posted by Kyi May at 12:04 AM

In Chile workers are rescued from a pit, meanwhile in Burma --

Re-posting -- the interface between Kyi May Kaung's poetry and her art.

http://www.redroom.com/video/voa-tv-feature-interview-my-art-show-identity-mostly-burmese-monks-0
Posted by Kyi May at 7:53 AM

http://internationalcampaignforfreedom.blogspot.com/
Posted by Kyi May at 5:34 AM

in upcoming sham election in Burma.

Orange Line Connection
Posted by Kyi May at 5:13 AM

Chinese, Taiwan mothers coming to have babies in USa

http://asiasentinel.com/index.php?option=com_content&task=view&id=2755&Itemid=206
Posted by Kyi May at 6:38 PM

William Golding's Lord of the Flies --

http://en.wikipedia.org/wiki/Lord_of_the_Flies
Posted by Kyi May at 6:27 PM

http://en.wikipedia.org/wiki/William_Goldman
Posted by Kyi May at 6:14 PM

http://en.wikipedia.org/wiki/Mark_Rothko
Posted by Kyi May at 5:16 PM

It was translated into Burmese by the late Mya Than Tint --

When NLD Daw San San came to DC to testify before Congress in c. 2003, she asked me for a copy.

It was also a favorite of my friend Burmese dissident the late Taw Myo Myint, who was herself from the last royal family of Burma.

http://en.wikipedia.org/wiki/Mya_Than_Tint
Posted by Kyi May at 5:17 AM

bit oldie but goldie -- A City in the (Burmese) junta's image --

http://asiasentinel.com/index.php?option=com_content&task=view&id=2350&Itemid=208
Posted by Kyi May at 5:00 AM

http://www.asiasentinel.com/index.php?option=com_content&task=view&id=964&Itemid=216
Posted by Kyi May at 4:39 AM

http://asiasentinel.com/index.php?option=com_content&task=view&id=2752&Itemid=392
Posted by Kyi May at 3:59 AM

I hope there is a memorial service at Politics and Prose.
Posted by Kyi May at 3:46 AM

Obama going to India in Nov.

http://asiasentinel.com/index.php?option=com_content&task=view&id=2744&Itemid=174
Posted by Kyi May at 3:44 AM


The award of the Nobel Peace Prize to Liu Xiaobo was very much an "own
goal" for Beijing. Quite likely he would not have won if China had not
made a crude and overt threat to the Norwegians that relations would
suffer if Liu did get it. The Norwegian committee was thus pushed into
showing that it was independent and could not be threatened.

The threat and the subsequent Beijing "outrage" is yet another
demonstration, following spats with Japan, India and its South China
Sea neighbors, of how China's global standing is being damaged by
outbursts of nationalism. It is not easy to tell to what extent these
reflect a new arrogance stemming from economic success and an excess
of foreign praise or reflect a struggle at the top of the Communist
Party between a liberal and internationalist group and a conservative,
nationalist one.

For sure something is going on. Liu's award coincided with a visit to
Europe by Premier Wen Jiabao during which he made a very
liberal-sounding speech about the need for democracy and free speech.
This has not been reported in China itself. It seems unlikely that Wen
is so disingenuous that he would make such a speech for foreign
consumption and deliberately suppress it at home. As Willy Lam noted
in Asia Sentinel on Aug. 30, it appears a rivalry is growing between
Wen and China's leader Hu Jintao. In Shenzhen on Aug. 20, Wen
surprised local cadres by appearing to criticize unnamed Chinese
Communist Party officials for dragging their feet on political reform,
saying that without it "it will be impossible for the goal of economic
reform and modernization to be realized." That has been perceived as a
shot at Hu.

The Nobel committee did have one foreign critic, self-styled Asian
Values guru Kishore Mahbubani, Dean of Singapore's Lee Kuan Yew School
of Public Policy. Former diplomat Mahbubani complained that the prize
reflected western views and that the Nobel committee awarded the prize
to Asians who were dissidents. This was just the sort of half-truth
that one expects from Singapore apologists for authoritarian regimes
similar to their own. It also reflects Singapore's attempts to appear
ultra-Asian while aligning its economic and strategic interests with
the west.

Only one of these—Iranian Shirin Ebadi—could be described as a
dissident at the time of the award. Kim Dae Jung was an elected
president, Aung San Suu Kyi had won an election—but then had the
result overthrown. (Imagine if the British had locked up "dissident"
Lee Kuan Yew after his election victory in 1959 and left him to rot in
jail for decades as Lee did to his Barisan Sosialis opponents).

Of the others, East Timor's Horta had made peace with Indonesia and Le
Duc Tho had made a sort of peace with the US. The Dalai Lama is no
dissident among his own Tibetan people, only to Beijing and its
lackeys. He has been the Tibetan peoples' leader for more than half a
century and is also revered by Mongols in neighboring countries.
Mother Teresa and Mohammad Yunus were apolitical, one a selfless
social worker, the other a great innovator of microcredit. Eisaku Sato
was a former Japanese prime minister.

Mahbubani claims that the prize should have gone to Asians like Deng
Xiaoping for bringing so many out of poverty. He apparently prefers to
forget the Tiananmen massacre and the fact that Deng is dead. Surely a
better choice would have been Zhao Ziyang, the man who initiated
China's economic reform when he was in charge of Sichuan, opposed the
Tiananmen violence—and paid the price of spending his remaining years
under house arrest.

One does not have to be a defender of all Nobel awards—Obama last year
is a case in point—or that some people, including Gandhi, who should
have won it never did. But Liu fits into good company, which includes
former non-Asian "dissidents" such as anti-apartheid leader Albert
Luthuli and Polish democracy Lech Walesa as well as the various
apolitical individuals and organizations who have also won. The
attempt to demean the award to Liu is all too typical of the official
Singapore mindset.

Criticism of the west today would be more usefully focused on
Afghanistan and Pakistan. The daily woes of the NATO forces are as
much due to the state of affairs in Pakistan as to the Taliban in
Afghanistan. The recent destruction of dozens of fuel supply tankers
is just the most visible evidence of Pakistan's inability to provide
security to NATO supply lines. The war crosses the border but Pakistan
gets angry when any of its own people get killed as a result as though
civilian deaths are avoidable in such a conflict.

NATO and its equivocal Afghan ally, Mohamed Karzai and his cronies,
cannot win in the face of a Pakistan majority which does not want the
Taliban but is unwilling to give full support to the US. India does
not help either. Its Afghan meddling merely makes Pakistan's ISI more
determined to keep influence over the Taliban.

The war could also only be won by the west if it is prepared to suffer
much bigger casualties – which it is not. Yet the US lacks the
political will to recognize reality. The Pakistanis created what has
become the Taliban monster. Let them deal with it. Instead of reducing
El Qaeda threats to western targets, the war is simply adding to the
ranks of western-born jihadists.

I am reminded that in 1880 the British Liberal leader William
Gladstone won an election partly on the platform that the war that
Britain was conducting in Afghanistan was immoral as well as futile.
Leading generals mostly supported his decision when he became prime
minister to get out and stay out of a country where they were not
wanted.

Unfortunately Obama seems to lack the courage to cut knots. Perhaps a
landslide defeat in the coming mid-term elections will toughen him up,
make him stop listening to pollsters and political strategists with
ever changing targets and take some bold decisions – like that nasty
Mr Nixon once did.

An occasion presents itself at the G20 meeting scheduled for Seoul on
November 11 and 12, hardly more than a week after the US mid-term
polls. Between now and then China will allow some further small
appreciation of its currency. Host South Korea will pretend that it is
not manipulating the won and other countries from Brazil to Malaysia
may set up new barriers to reduce pressure for currency appreciation.

But all those measures simply underline how lopsided the international
system has become. A US insistence on reciprocity in access to the
Treasury bond market would force both China and the US to stop
avoiding the inter-related issues of China's rigged exchange rate and
the US low savings rate.

Such a measure would likely push up US bond yields and cause market
consternation – as did Nixon's abandonment of gold convertibility in
1971. But it would be a recognition that global imbalances have for
years been unsustainable and that the long they continue the worse the
eventual derailment of the system. The 2008 financial meltdown did
produce some international cooperation to improve banking regulation
and offset the sudden contraction of credit. But almost nothing has
been done to alter fundamental imbalances resulting from both rigged
exchange rates (particularly by China) and absurdly low interest rates
which are leading to the current rush into gold and commodities.

Frankly I am not hopeful of Obama. Not only is he a natural
compromiser but appears to lack advisers with either the sort of
intellectual muscle which Kissinger gave to the Nixon White House, or
the stomach for high-risk moves.

Philip Bowring is a contributing editor and founder of Asia Sentinel.
This article appears on Asia Sentinel on Monday.


Copyright © 2008 Irrawaddy Publishing Group | www.irrawaddy.org
Posted by Kyi May at 2:18 AM

http://en.wikipedia.org/wiki/Paul_Klee
Posted by Kyi May at 11:51 AM

http://en.wikipedia.org/wiki/Franz_Marc
Posted by Kyi May at 11:34 AM

http://www.murnis.com/onlineshop/balinesemasks/index.htm
Posted by Kyi May at 3:40 PM

death of a chicken in San Francisco --

http://internationalcampaignforfreedom.blogspot.com/
Posted by Kyi May at 6:30 AM

is daughter of Jocelyn Law Yone, and grand daughter of the late U Law Yone, founder of the famous The Nation newspaper of democratic Burma prior to the 1962 coup. 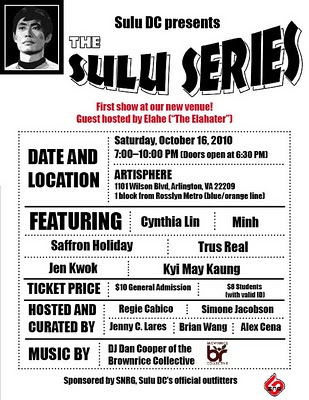