Art market does well in spite of Recession --

Knitkicks that push the boundaries --

http://knitkicks.wordpress.com/
Posted by Kyi May at 7:47 PM

http://www.sandrabacklund.com/
Posted by Kyi May at 7:24 PM

What fellow poet JoAnne Growney wrote about my paintings in Freedom exhibit in Dec. 2006.

http://joannegrowney.com/ArtistsSpeakofFreedomPoem.htm
Posted by Kyi May at 10:55 AM

Burma: One lone voice which does not blame the victims (The National League for Democracy)

http://www.irrawaddy.org/opinion_story.php?art_id=15190
Engaging with Democracy or Authoritarianism by Htet Aung in Irrawaddy. 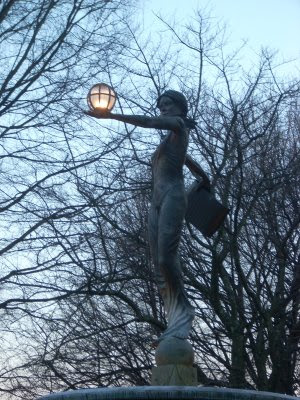 http:
Photo -- The Lamp of Justice in the Twilight -- Photo copyright Kyi May Kaung.

Why do regime apologists jump in to blame Aung San Suu Kyi and the National League for Democracy for "lack of development" in Burma. Can't they see that it is due to the junta, which has been in power since 1962, though of course individual generals have changed? The junta is the one that set up this distorted and oppressive political-economic system. It is more than the journalistic cliche of "due to the junta's mismanagement." It is systemic, systematic and deliberate. Only a system change will fix things.

Why do they think they can talk to these generals who literally won't give them the time of day?

If they like it so much why don't they give up their western passports and go live in Burma? Oops, no! "Mee-ahn mar" as they all mispronounce the place.

Former Burmese ambassador to USA, Lin Myaing, boasted on a list serv called Generation 88, that he came recently to DC and the White House to talk to the Obama administration. This may be so -- and the US may be willing to try talking.

I personally don't think it will go far. We will see, what we will see.

This time Mr. Gambari saw Daw Suu and the NLD but Sr. Gen. Than Shwe refused to see him.

So where's the "dialog?"

But of course we must keep on trying. But in doing so we must also be true to all the people who have sacrificed so much over more than 20 years, including Daw Suu, The NLD, the dissidents still in prison, the entire population of Burma which is suffering. We can't feed them to the flames to be burned alive, in the faint hope of pleasing the junta.

Did you see the movie The Duchess about Georgina, the Fifth Duchess of Devonshire? I have been to the garden at Chatsworth, the Devonshire seat. G. at the dining table proposed a deal to her philandering and cruel husband. She's accepted his bastard child into the house. She won't raise a fuss if he will let her live her own life. His response, "Deals? I don't do deals. Why should I?"

Think -- why should the junta "do a deal" with pro-democracy forces?

How do we bring them to the negotiation table?

In the famous Burmese folk tale Nga Moe Yeik, the crocodile Nga Moe Yeik is the primary vehicle for the Prince to ride when he crosses the river to see his lady.

He gets the crocodile to come to him by beating the water with a magic stick.

Which is the stick that will bring the junta crocodile to civilian masters?

But in the folk story, a jealous person goes and tells the girlfriend that the Prince's power lies in his right arm and if she, a woman, lays her head on his right arm he will lose his power. She finally manages to do so, the Prince loses his power and is swallowed by the crocodile. She has the crocodile killed and makes a hairpin of her lover's bone.

I don't like the male chauvinist second part of this story.

Text/comment copyright Kyi May Kaung
Posted by Kyi May at 4:31 AM 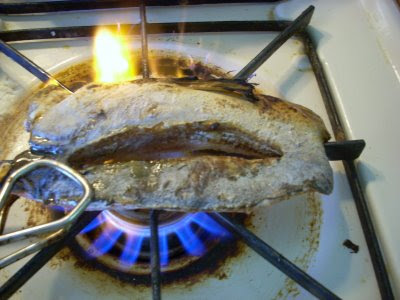 > NAYPYIDAW, Burma -- This is a city constructed out of fear. Naypyidaw
> reportedly was created by Burma's brutal dictators on the advice of
> astrologers and built in part by forced labor. Worried they might be
> vulnerable to attack in Rangoon, a port city, they abruptly moved the
> government 250 miles to the north three years ago and modestly named
> the new capital "Abode of Kings."

> It is from here that the generals ordered that monks peacefully
> protesting gas prices in 2007 be beaten, shot and imprisoned, and here
> that they hunkered down in their mansions and thwarted international
> efforts to help after Cyclone Nargis devastated the Irrawaddy Delta
> last year and ravaged the lives of millions.

> Few reach this remote city: Permission is required to come by plane,
> and a new superhighway was built primarily for government officials.
> Most travel the six-plus hours from Rangoon over a bumpy two-lane road
> shared by plodding ox carts and bicycle riders. Much of rural Burma
> still functions without electricity; families get by as they have for
> centuries, with hand pumps for water and cooking fires. Only the tea
> shops in villages have TVs, which run on generators. People watch
> soccer and maybe the news on al-Jazeera, then walk home in the dark.

> Near Naypyidaw, however, the skies come ablaze. A huge new power
> station makes electricity available for the generals at all hours. The
> rutted road turns into an eight-lane highway lined by lights. Nearby,
> a reproduction of Burma's most hallowed site, the Shwedagon Pagoda in
> Rangoon, is being constructed as the generals race to show their
> piety.

> At first glance, the capital looks almost normal. There's a new mall
> sporting cheap Chinese goods, a zoo where children can feed elephants,
> modern high-rise apartments, a luxury resort with a golf course. But
> there are also guards everywhere -- in towers, on corners. And people
> along the side of the road seem to be watching everyone else --
> intensely.

> In recent weeks, reports surfaced that the junta is building a series
> of tunnels under the capital. Rumors swirled: Are they part of a
> nuclear project? Escape routes? An underground gulag?

> On one level there is a plastic veneer of modern life. Local TV
> channels show smiling young models singing about "Kiss Me" shampoo,
> and billboards advertise laptops. There's even a Starbucks-style
> coffee house in Rangoon.

> Yet on another level there is rampant poverty, disease and sex
> trafficking. People in famine-stricken areas pay a nickel for rats to
> eat. In the northern no-man's land, miners are paid with opium and
> pass along HIV via group needles. In the largely Christian Karen
> villages that the junta is systematically destroying, the women are
> raped and children are forced into the military as human mine
> detectors.

> In the Mandalay area farther north, the monasteries where the monks'
> Saffron Revolution began in 2007 are still under heavy guard. The
> worship places are silent, abandoned. South in the delta area battered
> by Nargis, people struggle to get by -- haunted, they say, by the
> ghostly cries of those who were swept away. Though the government has
> trumpeted its help, most of the assistance has come from
> nongovernmental organizations, churches and monasteries.

> Here in Naypyidaw, ruling general Than Shwe recently claimed he was so
> busy accepting the credentials of some new ambassadors that he did not
> have time to meet with U.N. special envoy Ibrahim Gambari about
> democratic reforms. Gambari left after being rebuked by Prime Minister
> Gen. Thein Sein, who demanded the lifting of international economic
> sanctions on Burma and called them a "human rights violation." U.N.
> Secretary General Ban Ki-moon put a diplomatic spin on events, saying
> Gambari had "good discussions there even though one may not be totally
> satisfied."

> Gambari is supposed to brief the Security Council on Friday. Members
> should be told what the generals did as soon as he left: closed more
> churches in Rangoon, refused to let lawyers visit some of the
> country's more than 2,100 political prisoners and extended the arrest
> of an 82-year-old opposition leader.

> Naypyidaw symbolizes the stalemate over Burma: The generals in their
> labyrinth have created a surreal reality and defy world opinion. The
> international community lets them get away with it by failing to
> produce an effective, moral, organized response.

> It is up to the Obama foreign policy team to put more backbone in the
> U.N. efforts. Secretary of State Hillary Clinton's remarks yesterday
> about sanctions drew new attention to the issue. The Obama team has
> the chance to calibrate financial sanctions so they squeeze the
> generals and their money-laundering cronies. It can insist that
> verifiable benchmarks of real progress, such as the release of
> political prisoners, be met before development favors are done for the
> junta. And it can remind the world that the election scheduled for
> 2010 shouldn't fool anyone. It is being engineered to ensure the
> generals' hold on power, meaning business will continue as usual in
> Naypyidaw.

> [Rena Pederson, a former speechwriter at the State Department, is the
> author of the forthcoming book "The Burma Quartet."]

Team "O" should not remove sanctions on Burma --

http://gatewaypundit.blogspot.com/2009/02/surprise-team-o-will-remove-sanctions.html
Posted by Kyi May at 8:27 PM

Don't be alarmed if you can't read the Burmese font.

For non Burmese speakers, write to RFA and ask for a transcript and an official translation.

I strongly recommend this piece. It's about half way into the one hour broadcast, please use your cursor.
Posted by Kyi May at 11:11 AM 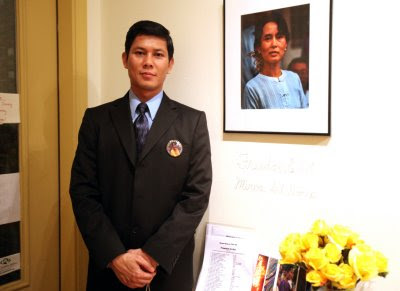 Posted with permissions.
Posted by Kyi May at 7:23 AM

What's wrong with the book chains --

Yes, I've noticed the reduced selection of books and increased number of cards and bags at my favorite Borders too.

Best to go back to Politics and Prose, where good books can be obtained for a discount,
or to Kramers where I can also eat their crispy catfish with cornflake crust, think it is called Soused (?) Bayou Catfish. 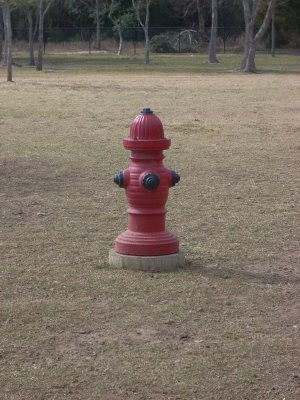 http://www.hkw.de/en/ressourcen/archiv2005/raeumeundschatten/veranstaltung_1343/Veranstaltungsdetail_1_5313.php
Posted by Kyi May at 2:01 PM 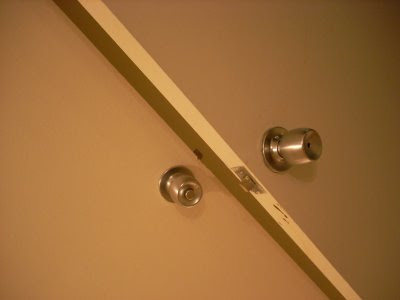 Q. A magazine has had my article for one month. Should I call and ask?

I send multiple submissions unless exclusivity is demanded.

One could wait for years if one were going to wait.

Judicious bugging every few months would not be out of line, I think.

Some editors get swollen headed and never respond, neither yes nor no. For those, mark them in your little black book and move on.

After all, a writer has a better chance of becoming famous than an editor.

Mrs. Tolstoy is hardly ever mentioned. It gets better though. Mrs. Vera Nabokov has a biography all to herself by Stacy Schiff.

Text copyright Kyi May Kaung.
Posted by Kyi May at 7:31 AM

Anglicized image of a lady "from Burmah" 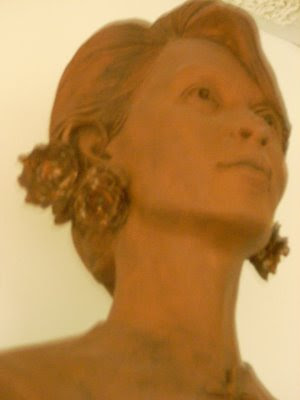 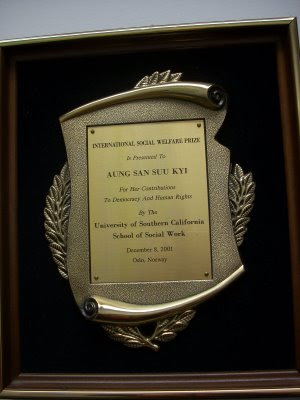 One of many prizes Daw Aung San Suu Kyi has won. Photo copyright Kyi May Kaung.

Coverage is in 2 parts, teaser near the front and fuller account near middle.

Thank you Kyaw Min Htun -- and all the panelists and event organizers who made this possible.

from the 11th century, translated by the famous historian Gordon H. Luce.

I have been looking for this prayer for over a decade and so am mighty pleased to have found it.

Unfortunately this kind of racism and macho-attitudes are not unusual.
Posted by Kyi May at 3:54 PM

Upcoming in March 2009 -- The Past and Future of Revolution(s): A Global Perspective


For Conference Programs and News , Please Visit the Conference Website: 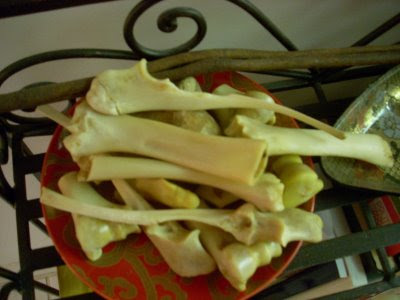 Very happy to be "electronically linked" and mentioned on the same page as Thich Nhat Hanh, Kimiko Hahn, Maxine Hong Kingston and All.

It is truly true poetry has a life of its own. 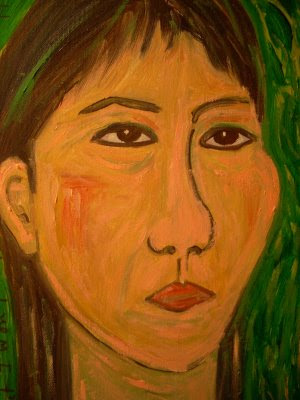