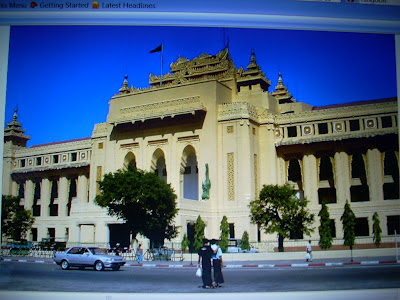 http://www.guggenheim.org/new-york/exhibitions/on-view/john-chamberlain-choices
Posted by Kyi May at 12:04 PM

Latest Tibetan exile to set himself on fire in protest, dies in India -

http://asiancorrespondent.com/79183/tibetan-exile-who-set-self-on-fire-in-india-dies/
Posted by Kyi May at 2:45 PM

http://www.tate.org.uk/modern/exhibitions/gauguin/default.shtm
Posted by Kyi May at 3:58 PM

How to get into a Political Science Ph.D. program

http://drezner.foreignpolicy.com/posts/2012/03/18/so_you_want_to_get_into_a_political_science_phd_program_part_one *
Posted by Kyi May at 4:26 PM

the children of rape - from Mother Jones magazine 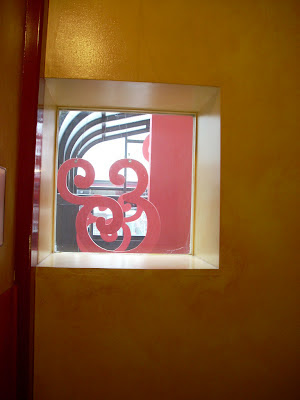 Found abstract, Kramer and Kramers Bookstore and Restaurant, Washington, DC. Photo copyright Kyi May Kaung
Posted by Kyi May at 8:31 AM

http://www.vancouversun.com/news/Myanmar+Rick+Mercer+takes+road/6286879/story.html
Posted by Kyi May at 11:28 AM 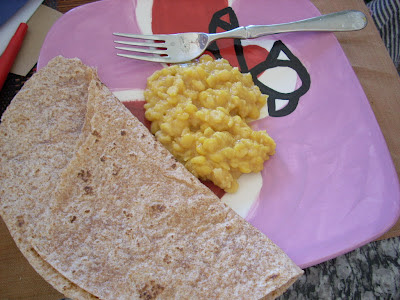 Chappati and dahl on handmade plate - Plate and photograph copyright Kyi May Kaung
Posted by Kyi May at 12:52 AM

http://www.ithaca.edu/rhp/independentmedia/
Posted by Kyi May at 3:59 PM

http://www.montrealgazette.com/news/Baird+gives+honorary+citizenship+Myanmar+opposition+leader/6270050/story.html
Posted by Kyi May at 3:45 PM

Kyi May Kaung's say on Sanctions

II. ‘SANCTIONS ARE FOR AN ETHICAL OR MORAL REASON’ As part of a new strategic dialogue, Kyi May Kaung - a Burmese dissident, artist, poet, and political analyst living in exile - replies to a crucial question asked by Foreign Policy In Focus (FPIF): Which is the best way to effect change in Burma - through sanctions against the government, by engaging the leadership, or some combination of the two? Here are some excerpts [FPIF: 18.1.07] BURMA now is second only to North Korea as a rogue regime, to use the phrase first used by Noam Chomsky. With North Korea, I have heard Wendy Sherman of the Albright Group argue for more engagement, and with respect to North Korea, I agree with her. But North Korea is much more a hermit kingdom than Burma is, and we know much less about it. And so there can be an argument for the United States “engaging” with North Korea just to know what is going on and to have some leverage. In the Burmese case, however, the outside world knows a great deal already, more than enough. The United States has very little trade with Burma. As one Burmese dissident from the 1988 generation pointed out at a seminar in Washington D.C. last fall, “we don’t need to go to Burma to find out about Burma. There are thousands of refugees in Thailand and elsewhere, and we can find out everything we need to know from them.” Chiang Mai in northern Thailand is fast becoming the base for many foreign non-profits, Western and Australian expatriates, Burmese refugees, and Burma watchers. In the eye of the storm, in Rangoon itself, there is often a false calm due to the news blackout. A senior broadcaster who once worked at the Voice of America called this “Rangoonitis.” It often affects even western diplomats who unconsciously start to echo the junta’s statements. So, in terms of a token engagement in order to find out more about the system and how it operates, there is very much less of an argument in the Burmese case. … Sanctions and Burma have been an academic and policy issue for Burma watchers and foreign policy makers since at least 2001. At that time, the international sanctions movement picked up steam, with great success in divestment achieved by organizations such as The Free Burma Coalition (up to 2003) and Burma Campaign UK. Since then, the junta has sent overseas a steady stream of apologists to argue that sanctions hurt Burma. But their arguments have not been convincing at all. Alfred Oehlers has argued convincingly that sanctions in Burma are not scattershot but finely focused and have minimal “collateral damage.” There is no ban on travel to Burma or on exports, including food and medicines. To my mind, sanctions in the case of Burma are meant to send a message, to hurt but not to totally bring down a regime. When a tourism ban to Burma was first discussed in the early 1990s by one of the very first Burmese activist groups, the Canadian Friends of Burma, I had mixed feelings about it. On the one hand, the junta will understand nothing except what hurts their pocket book; on the other, total isolation might not be the best idea. Burma-born economist Ronald Findlay, who is an international trade theorist, told me at the time that “sanctions are for an ethical or moral reason.” Later, at an Open Society Institute event in 2004, he said, “Collapse is not an economic term.” By this I think he meant that a nation can go on for decades without a regime change, hanging on at the survival level. … The anti-sanctions faction argues for removing sanctions and visa bans against officials and families of the Burmese military regime. But it is impossible to ignore the fact that human rights abuses not only still exist in Burma, they are growing more numerous, more widespread, and also more blatant. Should we listen to the testimony of one million internally displaced persons inside Burma, thousands of political prisoners, and thousands of refugees outside the country? Or should we be taken in by the “arguments” of a few individuals who support engaging with the Burmese generals. Should the free world appear to “reward” such a horrible regime?  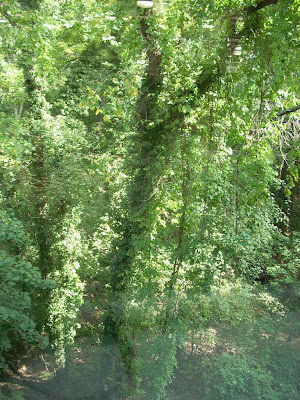 Forest inside DC limits - Photo copyright Kyi May Kaung
Posted by Kyi May at 11:09 AM 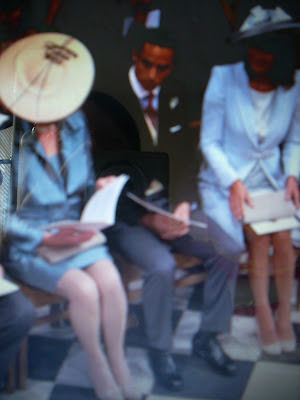