My poem on global warming: 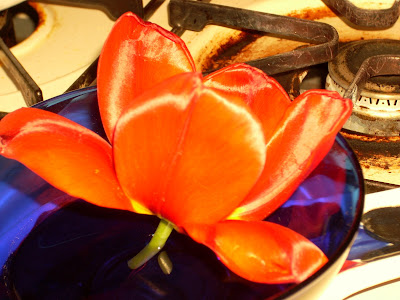 It’s very hard convincing you.
As hard as convincing someone
who exports Burmese teak
that all the forests of Burma are
going, going, gone.
I tried so hard, showing him satellite photographs
of Burma, all brown.
But it made no difference
he wasn’t ready to believe it
though he himself told me once
the girth of the logs is getting smaller
and smaller.

Now you say:
How can there be global warming
it was so cold this year, today? I start to explain:
It isn’t how cold or how hot each day is
it’s the average mean temperature,
but you’ve already stopped
listening.
And someone who educates girls in Africa
says she loves it, this year summer is so early.

What to do?
If even those closest to me
some times talk like this?
The couple in Boulder
who are anti-globalization
say, as they put me on the shuttle bus
to Denver Stapleton Airport, in a major snow storm:
This is what will happen
Spring will get earlier and earlier and then disappear
altogether.

Already we shoot straight
from winter to summer --
I’ve noticed flowers getting confused
since ten years ago.
In 2004 the magnolias were frost bitten dark brown.
This year, the tulip petals are singed with heat.
See my illustration:
Beheaded tulip on a gas burner.