My response to praise from "Tide" in Irrawaddy -- 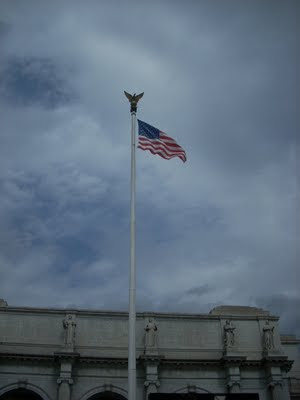 You sound obviously the Burmese expert. I wondered why you were just a spectator, not invited to the discussion/debate/hearing panel. Sounds like your forever panel is the Irrawaddy. I would like to know what your idea is on ASSK's move? Do you support her move to lift sanctions?

I would have gone if I were ever invited!

In fact since 2001, I have had trouble even to get the panelists to see my raised right hand to ask a question!

You and many others sent good wishes and my letter/statement on the Webb hearing was picked up immediately and disseminated by Jotman and other blogs, so I have to be quite happy. Also Sen. Webb said the media got him wrong and he does not want to lift sanctions. See recent Irrawaddy article.

Someone in the know told me that Christianne Amanpour on CNN asked Webb why exile government was not invited to the Webb hearing and that Webb's office accepted 25 statements into the formal record and mine was one of them, so my letter and others must have had an effect.

Daw Suu said she could not lift sanctions per se because she's not the one who imposed them, but she did say she would help "Myanmar" work towards having them lifted, if she were allowed to see the ambassadors of western governments and educate herself on sanctions.

I favor the approach U.S. Secretary of State Mrs. Clinton is advocating now, which is a mix of sanctions (still kept on and can be amped up) and (limited) engagement.

Sanctions and engagement are not binary, like zero and one, or on-off like an electric switch but a whole spectrum of finely calibrated policy options. So how many points will there be on a line or curve? An infinite number.

I don't think many so-called experts get this and the pro-junta people are just focused on getting sanctions lifted, which will mainly benefit the junta.

The benefits may be material (income from exports) as well as in junta's international image.