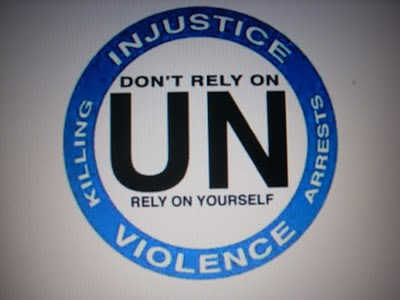 So we are even
in the first year of the first decade of the new millennium
already, and what has changed, since
I watched TV New Year 2000, with my friend from Brazil and her three
mad aunts – one a ballerina and the sad widow, of an opera singer – about midnight
she started, not actually dancing but striking, dance poses. Her face sad as a funeral. Watching Peter Jennings
walking, talking and broadcasting, from behind, the curved plate glass windows on Times Square
Paula said “Look at that!”

I think she meant, “How powerful! The most powerful nation on earth.”
But since then 9/11, Jennings dead of cancer, a three trillion $ war etc.
For us Burmese and Burmese-Americans, even worse.

January 4, tomorrow, the 62nd anniversary of Burma’s independence from Great Britain
only a few years after I was born. Almost my whole life already and what have we achieved?
A civil war still on-going. Some of the worst human rights abuses in human history.
Since the junta’s 1962 coup, a continuous, descent into
a trash heap hell of the junta’s own making. At least a million internally displaced persons and
orphans tramping around inside Burma,
a chain of refugee camps like sad pearls, produced when oysters die,
along the Thai-Burma border.

Wa Wa (“Goldie”) and Nyi Nyi (Younger Brother)
before mid-September last year, I didn’t know you
I barely remembered Nyi Nyi, though I did when I saw his photo.
So many demonstrations for democracy
in front of so many buildings, in Washington DC and New York.
I felt I had to help you, in the beginning there was only one other woman helping you,
before Jonathan Hulland wrote of Nyi Nyi’s Sept. 3 arrest at Rangoon airport, in the Huffington
Post. Since then, NPR and AP wrote about you. Then Nyi Nyi’s hunger strike, very worrying,
and after he broke his hunger strike, instead of giving him medical attention, they put him in a
dog cell with trained German Shepherds sit khway (army dogs) barking at him night and day.
At least now he’s back in a “normal cell.”
I’m glad Wash Post, the New York Times, San Francisco Chronicle, Malaysia Times and Straits Times now all write about you, but sad to know, you are still in prison and
still have to go through a sham trial, against trumped up charges, just like
Aung San Suu Kyi did. Senator Webb went in to “rescue Yettaw” the Mormon man who swam to Suu Kyi’s house. But so far only statements. Sen. Webb has not yet flown to Burma, on another mission, prompting questions, “Is it because of Nyi Nyi’s skin color? Is it because he’s a hyphenated American?”
Nyi Nyi and Wa Wa, for you and the over 2100 political prisoners, including Aung San Suu Kyi, U Tin Oo, Su Su Nway, Min Ko Naing, Zarganar, Ko Ko Gyi, Mi Mi etc.
We wish for you, Freedom and a Happy Reunion, with your loved ones.
Sen. Webb and Kurt Campbell, please go to Burma and help Nyi Nyi and the others.
Presdt. Obama -- I, a naturalized citizen and I hope not a neutralized one,
voted for you. I’m not too keen about your new health care plan. Not happy it takes from Medicare, and mandates health insurance for us
we may not be able to afford.

It’s not all up to you of course
but please move us closer to the Change we believe in.