https://slate.com/news-and-politics/2018/06/carpenter-v-united-states-supreme-court-rules-fourth-amendment-protects-cell-phone-location-records-in-an-opinion-by-chief-justice-john-roberts.html FYI, in 2007, in what later became known as The Saffron Revolution, https://en.wikipedia.org/wiki/Saffron_Revolution the monks' leader U Gambira was tracked by his cell phone. My source was a broadcaster based in DC and he told me this while we were at a debriefing at the NED by the World Bank? delegation wh suggested freeing controls on fuel prices, which resulted in widespread rioting. The monks demonstrated peacefully by walking and reciting the Metta Sutra, but were lassoed, caught and arrested and tortured. U Gambira was forced to disrobe and beaten and tortured, and he suffered permanent brain damage and had to leave the monkhood on his release from prison. kmk 6-22-2018 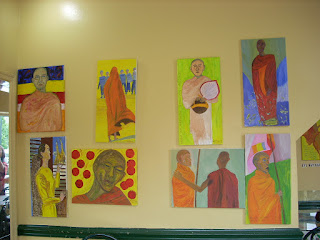