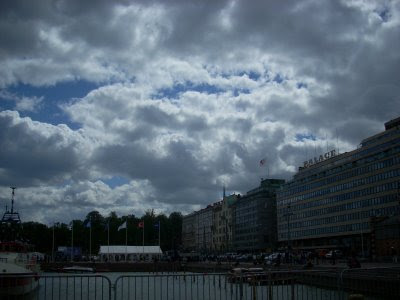 
This is a must read. Aung Zaw, who has been Editor of Irrawaddy Magazine, which has an online as well as print edition, has been publishing Irrawaddy since about 1999, when I interviewed him briefly for radio. He said then, "so long as things keep happening, we'll keep writing about it." He also spoke then about the media as "a second government."

I'd like to thank everyone at Irrawaddy and other Burmese media outlets for their fine work. I check The Irrawaddy website everyday for news updates.

I'd also like to say that while correspondents at some other media outlets displayed "fishy ethics" in my point of view, by "leading the military agents" to monks like U Gambira and other activists by keeping them up to 30 minutes! on their cell phones for live interviews, I have never noticed this, nor heard about anything like this with regard to Irrawaddy and its protection of its sources.

According to Aung Zaw's research, this most recent attack has been traced to a computer in Norway where Democratic Voice of Burma is based, and other hackers overseas may be involved. The junta has windfall profits from natural gas and its monopoly of Burmese exports and can well afford to pay cyber sabotagers.

It's also my belief that the junta spies are now more sophisticated and they work through embedded "scholars, broadcasters etc." rather than having heavies from the M. Embassy show up at the first Burma Studies Conference in DeKalb, in the early 90s, for instance.