Why we should support legitimate causes, even if we think they will fail.

It's worth the effort.
Burma had abt 10 years of even a limited democracy to 2010.
We shld not label anyone "losers"
The 4 nails of the coffin are not yet driven.
The last chapter is not yet written.
-- Autocrats ultimately fail.
Alexander the Great's army almost mutinied once they reached India.
He then made the bad decision to return to Babylon (Baghdad) via the seacoast, where many of his soldiers died.
In Babylon he died, some say of West Nile Fever.
He was traumatized by all the killing.  They were all alcoholics.
He burned Persepolis and killed Black Clietus while drunk.  B C was son of his wet nurse.
Qin Shi Huangdi descended into madness, maybe due to mercury poisoning.
As for Hitler, Mussolini, NW, Ceausescu, Pinochet, Pol Pot, we know their stories already.
The demonstrations, which reached Bucharest, became known as the Romanian Revolution—the only violent overthrow of a communist government in the course of the Revolutions of 1989.[4] Ceaușescu and his wife Elena fled the capital in a helicopter, but they were captured by the military after the armed forces defected. After being tried and convicted of economic sabotage and genocide,[5] both were sentenced to death, and they were immediately executed by firing squad on 25 December.[6]
wiki.
If you wish to support the Burmese Resistance directly, e.g. Sagaing, I have found a trusted contact--
email me if you are interested.
I think we shld support the Truth, in whatever way we can.
"Don't stand by and do nothing."
k
1-12-2023 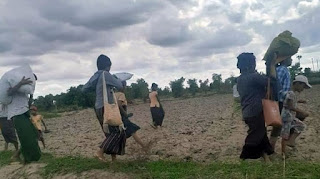 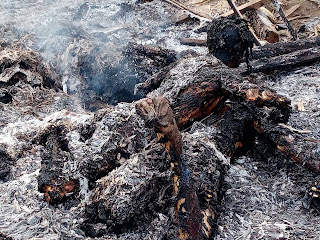