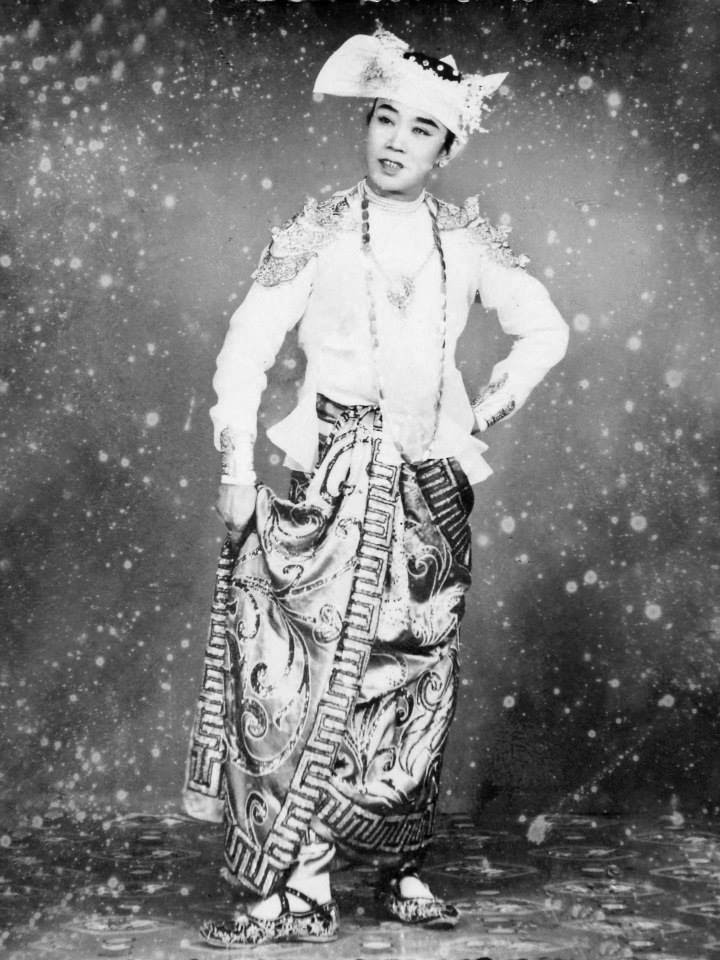 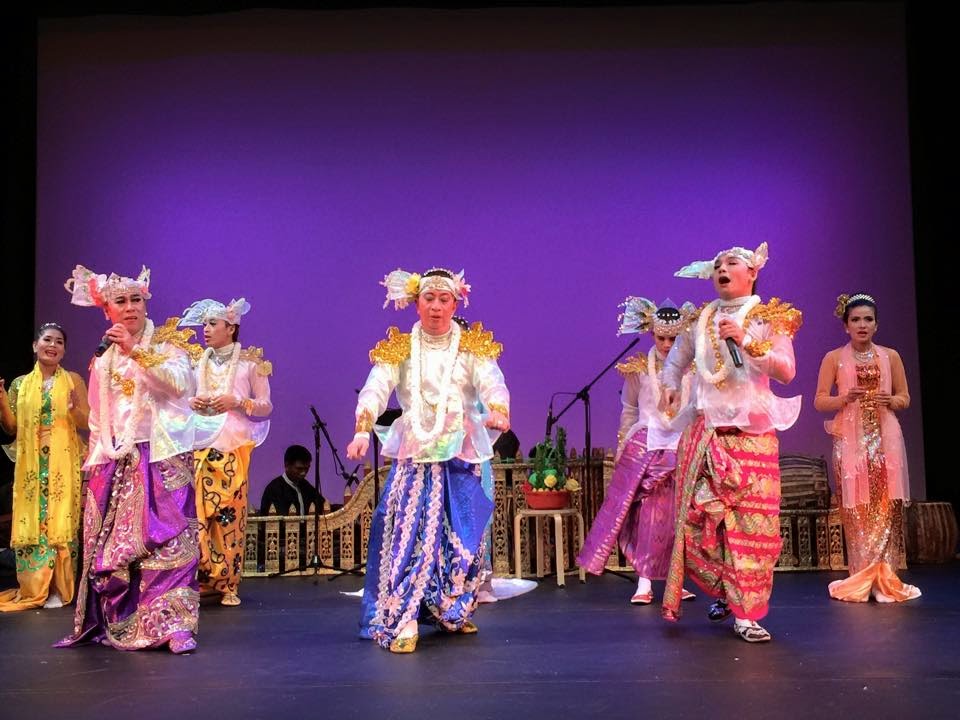 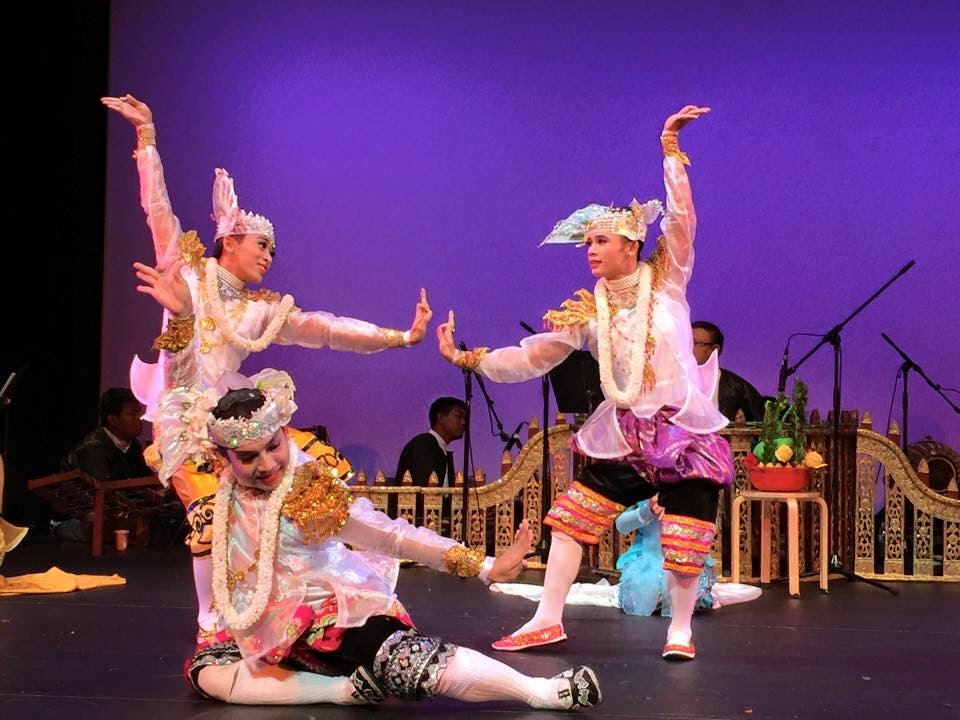 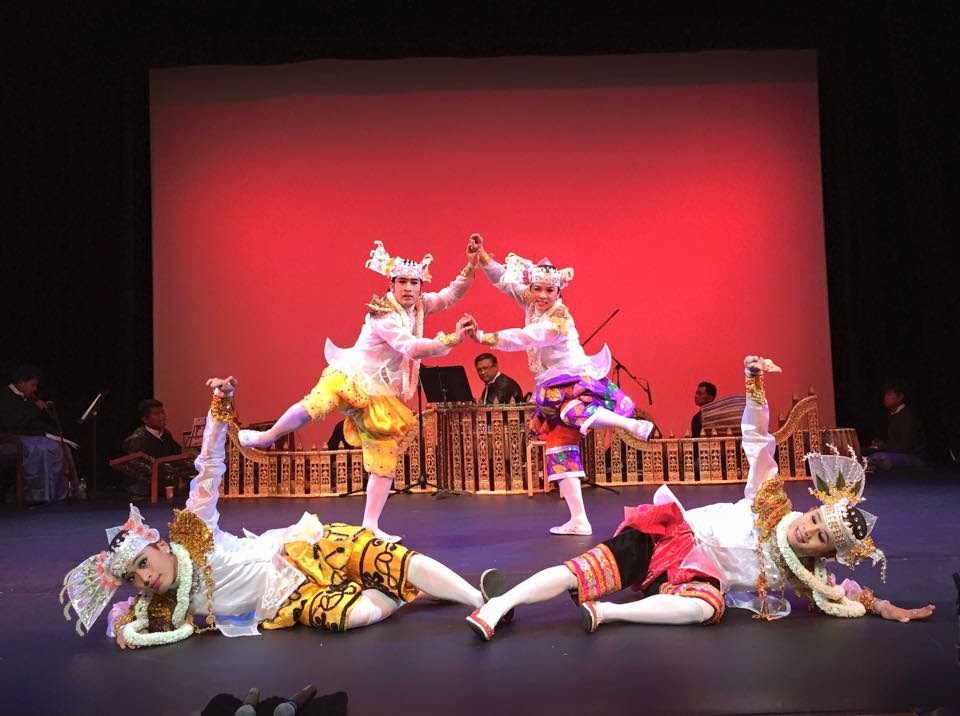 saw old Burmese Buddhas from Bagan period and earlier--earliest a stele which predates Buddhism, brought from Burma especially for this show at the Asia Society.

--took a guided tour with Sylvia Fraser Lu, one of the co-curaters.

--did not get to the photo shoot planned at the Met--

had to cancel as tired, but met the photographer--then missed her again as she was apparently on the stage hobnobbing with the Shweman Thabin troupe--

My friend had a serious chest infection, so we had to leave as the building was also closing up.

I do wish they had better mikes.  The narration in English was almost non-existent, while the program was printed in too small a font--and with too many Burmese words for an international non-Burmese audience--and too much technical detail, I think--

I forgot to add--

the small excerpt The Temptation of Mara's Three Daughters, the puppet sin taw min tha mee and the drums were the ones I liked best.

The music was also exceptional, the saing waing playing continuously during the 90 minute show except for during the intermission--

They played U Han Pa (U Han Ba's (sic?) famous overture which I heard played at Burma Translation Society in 1950s, then played by U Han Pa himself.


I enjoyed meeting old and new friends and catching up with everyone.