I actually know who will pretend not to see my post below, who will be afraid to "like" it, who will maybe withdraw from this blog.
But it does not matter.
It's not the perceived color of your skin, stupid, it is what you say and do.
I truly believe in time all bones will crow, and I remember vividly the time when Gen Ne Win came to Inst of Ecos, Rangoon, went on stage in an upstairs classroom, dissolved the Burma Research Society, took its office/house donated by U Lu Pe Win, said, "Luce and Furnival were all 5th column and doing it (research) to understand Burmese ah htar,"
also said
"Look at me, I am Chinese and my name is Shu Maung, but I have become Ne Win (Burman). So also the Chinese--"
It was in about 1978.
Look for it in a novel I am writing The Dictator on his Deathbed, which begins about 2001 with NW making phone calls to his minions and no one picking up.
More later,
kmk
5-9-2015
Top of Form

·
·  Kyi May Kaung So it must have been abt 1980 or 1981.
U Win from geography who later got a Fulbright with our group was making his presentation when NW and guards walked in, and he told me in USA/Philadelphia how he shortened his talk when great one walked in.
37 mins
·
·  Kyi May Kaung If you were not there, obviously you cld not remember it.
37 mins
·
·  Kyi May Kaung People get very excited when they hear this, incld prominent people in Burma Studies--but I was there and I heard it, and I stand by what I heard.
35 mins
· 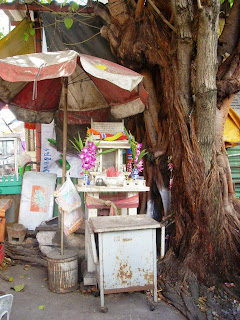