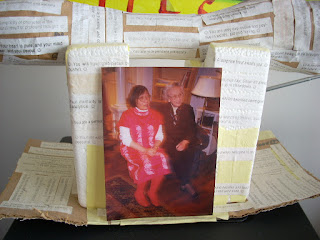 Nien Cheng arrived in the USA about the same time I did, though she was about the age of my mother.
I came from Burma and was studying, in secret, why socialist or communist systems and central planning fail.  Immediately after 1988, when the Burmese embassy sent agents to check on what my colleague Yasmin (now deceased) and I were studying, I said to the rather stupid man, "development economics."  And I mentioned names he was likely to know already.
In those first years in graduate school at the University of Pennsylvania in Philadelphia, I was too busy with course work-related reading to do much "outside reading."
But I do remember distinctly reading abridged versions of Nien Cheng's book and Dr. Li Zisui's Life of Chairman Mao as excerpts in Time Magazine.
However, as excerpts they were much less satisfying than the full length books.
--
When I first got to Washington D.C. to work at a radio station broadcasting to Burma, I walked to Politics and Prose Bookstore and sat at one of the tables downstairs.

It turned out the group at the next table was discussing Life and Death in Shanghai.

My eavesdropping became too obvious, and the women invited me over.

It was a women's bio group.

A few weeks later they invited Nien Cheng to P's house, and I got to meet her!

I distinctly remember what she said, and I wrote a short piece for the radio newsletter.

She told us the exact amount of money she had "in blue chip stocks" when she arrived, and how she had no idea of how she would get any more.

She re-wrote her manuscript 4 times.

She said, "There were so many interrogations,"  (so she had to combine some).

I asked if she would go back to China.

The regime returned her daughter's clothes, including a barely worn padded jacket.
--
This book like Dr Li's illustrates so well the violent zig-zagging of Chinese policy, really one man, Mao's whims, and how everyone is warped and suffers as a result.

As I am from Burma, which more or less aped Chinese and Soviet economic policies, it is very easy for me to relate to Nien Cheng's experiences.

I think partly the writing is so economical and precise because she is a trained economist, a graduate of LSE or the London School of Economics.

The other is because she is just a very good writer, able to look at herself and her past objectively and write it as it was.

When I told my economist mentor from Burma, now at Columbia Univ., in about 2001 that I had met Nien Cheng, he asked, "Is she as impressive as people say?"

I am even more impressed at how she managed her life, after reading Life and Death in Shanghai, unabridged.

I was sad to learn she had passed away, but even when we met she said calmly, "If my (arthritis) gets worse, I will just go to managed care,"
and "I am leaving everything to Sibley Hospital."

For me, Nien Cheng is a great role model.

To survive Maoist China and prison, to leave China and start again at age 70+, to write one book which was a best seller, to be able to live a gracious, generous and good life, all this is admirable.

She died in 2009 of renal failure at her home in D.C., Wikipedia says.

What a great lady and a great life.