they are both subjects of Kleptocracy investigation by special section at Department of Justice which eventually became the Mueller investigation. In July,FBI was allowed to pick Manafort's front door lock, and knocked on his bedroom door. To do this they needed FISA warrant, which they got which means there was a concern that Manafort might destroy criminal evidence. Manafort's people say his lawyer was not asked for the info that they copied out of his laptop, and confiscated. In addition, a special prosecutor from Kelptocracy section has left DOJ and joined Mueller team. https://news.google.com/news/video/gQDWc64Gnt8/d6_T-bImr_rxiDMG_eOXDZWTiHtXM?hl=en&ned=us 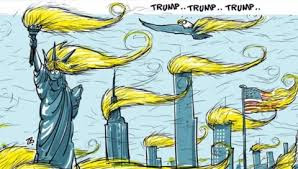